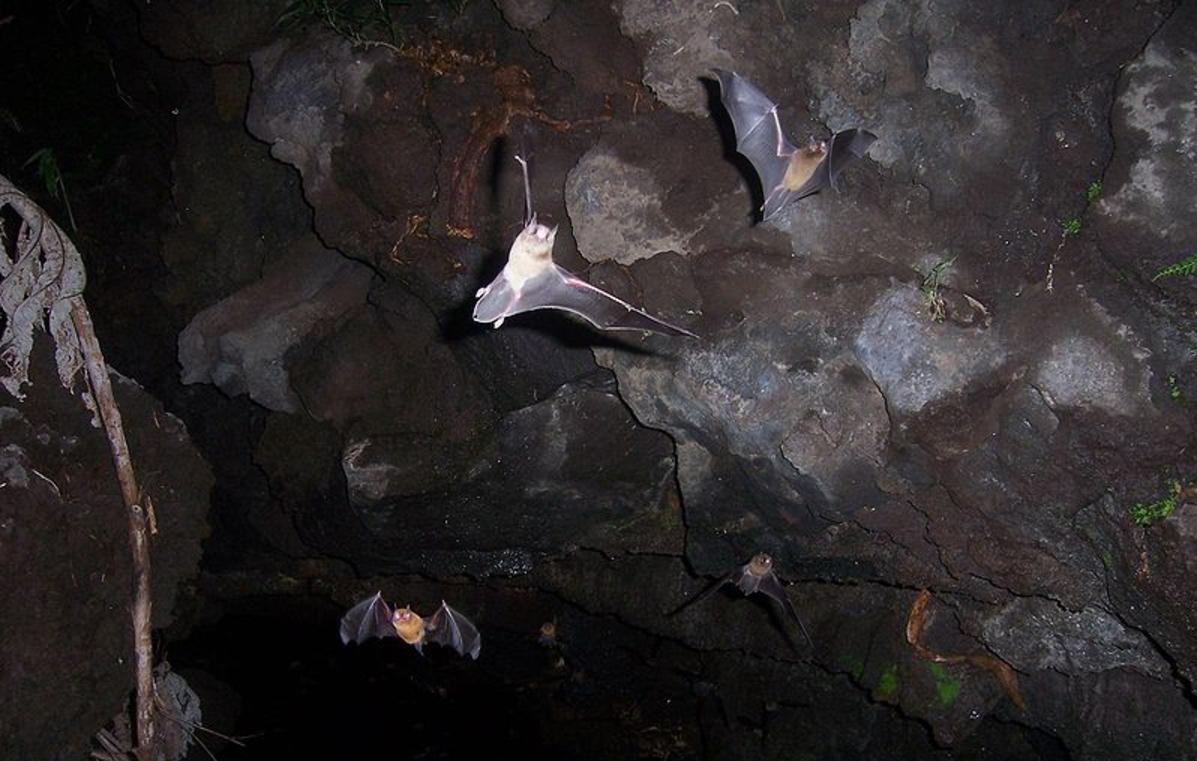 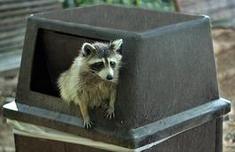 We trap everything from mice to coyotes. We are a safe and humane wildlife relocation company. Any animals trapped will be relocated within the county removed to prevent the spread of diseases. All animals are relocated at a safe distance to prevent the animals return. We provide wildlife trapping and relocation for all of Washtenaw County.

Animal trapping requires some skill, patience and experience. There are some things you must know when trying to trap nuisance animals from your home. Its not as simple as buying a live trap and filling it full of bait, then waiting for the animal to enter the trap.  We take pride in catching all of your nuisance animals in a timely fashion but sometimes it does take patients.  We always go for the target animal and never charge for non targeted animals.  Trapping requires some knowledge to catch the wanted critters from their disturbance areas.

Raccoon's will keep breading and returning with more and more numbers if not taking care of as soon as possible. Damages can be controlled if taken care of right away, but if you allow generations of raccoon's to return the damages will be greater over time. If you call us to have your raccoon's trapped and relocated the is the first step towards getting rid of raccoon's and keeping them out. As mentioned above attic restoration and decontamination is a must when dealing with raccoon's.  Not only to raccoon's carry all sorts of diseases, the sent of the urine and feces will keep other raccoon families to come back. Unlike most wildlife raccoon's are not fearful or territorial of other raccoon's in the wild.  They smell the sent and join the families.

What if the Raccoons Are in Your Attic?
​
Are you kept up during the night because of loud thumping? You probably have a raccoon or raccoon's living in your attic.  The most common problem we come across for raccoon problems is raccoon's damaging the attic. You may hear scratching, scampering, or walking noises above you at night and sometimes even during the day. It's not always known for sure there is a raccoon living in the attic, but most of the noises explained are ultimately signs of raccoon's.  Most of the time we receive calls the first instinct someone on the other end has is raccoon's. When there is a raccoon in your attic it will be the loudest of sounds compared to all other nuisance wildlife. Rodents, birds, bats, and other nocturnal wildlife sounds will be much different than that of a raccoon.

It's not always as simple as trapping the nuisance raccoon's, sometimes they have litters of babies.  Litters of raccoon pups or kittens are not always easy to locate. We once removed a whole litter of baby raccoon's, but a day later got a call back from a customer saying the babies were still there. When we returned we found one of the baby raccoon's down in a wall cavity. The only way to remove this little guy was to allow him to bite onto a glove and pull him up through the wall. Raccoon's can also be removed by handling with thick gloves or by a singe pole catch nuise. Only recommended from experienced nuisance wildlife technicians.

DO NOT poison raccoon's or use antifreeze to get rid of them. In retrospect this will work to kill the raccoon and get rid of them, but it will not solve your attic raccoon problem. dead raccoon's in your attic or wall will cause a decaying animal which you may not be able to find. With dead animals come maggots which lead to flies. Not to mention it's very cruel to animals, because they die a very painful death. Not humane to say the least.

Signs There Are Raccoons in Your Attic

​
Besides the annoyance of loud noises through out the night, raccoon's are often spotted entering the attic or clawing at the roof. Birds, bats, and other nuisance animals will often use pre-existing openings to enter your attic. Raccoon's are much different and often times destructive.  When trees are cut down and other natural habitats are destroyed raccoon's need somewhere to live.  Raccoon's will tear into your roof line, open up soffit vents, rip open canned vents, and force their way into the attic through gable vents.  Contrary to most peoples beliefs it doesn't take much of an opening for raccoon's to enter your attic.  If they can squeeze their tiny little head into a hole, then most likely their body will follow. Raccoon's are very strong animals and can destroy many structures.

Raccoons Are Destructive and Do Damage

​
Once the raccoon's have made their way into your attic the damage really begins. The worst thing about having raccoon's in your attic is the destruction they cause. Raccoon will roll up or push aside insulation through out your attic to make a bedding that is comfortable to them and often their litter. During March and April raccoon's will have a litter of usually 3-6 pups. Raccoon's also use your attic for a toilet. They know no better on where and where not to go. Urine and raccoon feces will flood your attic making an awful odor throughout your home.  Raccoon feces contain the egg of a ring worm which can be harmful to humans.  Attic restoration is very import after having raccoon's or any critters for that matter in your attic. Keep in mind most homeowners insurance companies will help cover your restoration cost which can sometimes be very expensive. see this Allstate commercial.

Just like any wildlife in you home or attic they will cause damage. Whether that is chewing on wires, ripping up insulation, or feces and urine through out the attic this can all be prevented and repaired. Trimming back trees at least 3 feet from the house will keep animals from getting onto your roof. Flashing around poles, chimney caps, and roof vent caps will all prevent raccoon entry.  If you are unfortunate to have raccoon's enter your Michigan home and damages occur, We can decontaminate your attic by removing the droppings and damaged insulation. 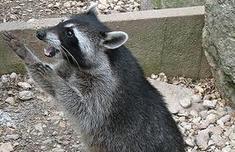 Raccoon's look for areas in your attic or chimney to build their dens, often times to have their young. You can identify entry points to the attic or chimney by large opening in the roof line, open canned vents, hanging soffits, or no chimney cap. Raccoon's nocturnal animals and mostly active during the night. During colder climates in Michigan the raccoon's will stay close to their den. However raccoon's do not hibernate and will come out during warmer winter nights. Raccoon often bread during January and February in preparation to have their young around the end of March or early April.

A More In Depth Look Into raccoon's

Raccoon's are probably the most recognized animal in the Michigan wildlife.  Black and brown, black around their eyes, and a ringed tail distinguish them from all other wildlife.  Raccoon's are great climbers and are found in dumpsters, sheds, garages, factories, chimneys and house attics. They are primarily scavengers in the cities looking through dumpsters and garbage cans for food. They will also eat fish and other small wildlife. Have you been hearing scratching sounds, loud banging or walking around in the walls or attic of your home or business in Michigan? If so, you may have a raccoon problem! 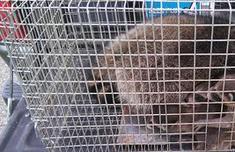 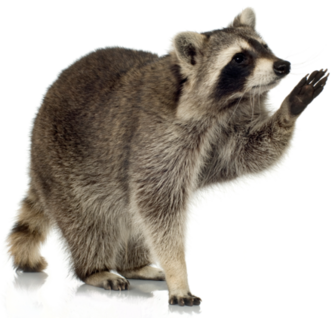 Our Nuisance raccoon's Procedure and Pricing

Once raccoon's are in your home they do great damage. Raccoon's should be removed or controlled from your home by trapping in live traps. Raccoon's are generally trapped over night or removed onsite.  Trapping raccoon's consist of finding the entry point and strategically setting the traps.  Once we locate the entry point we can guide the raccoon's into the traps with baits and lures. Once the animals are trapped we will relocate them back into their natural environment. It's recommended to relocate the raccoon at least 20-30 miles away within Livingston county to prevent the spread of diseases.